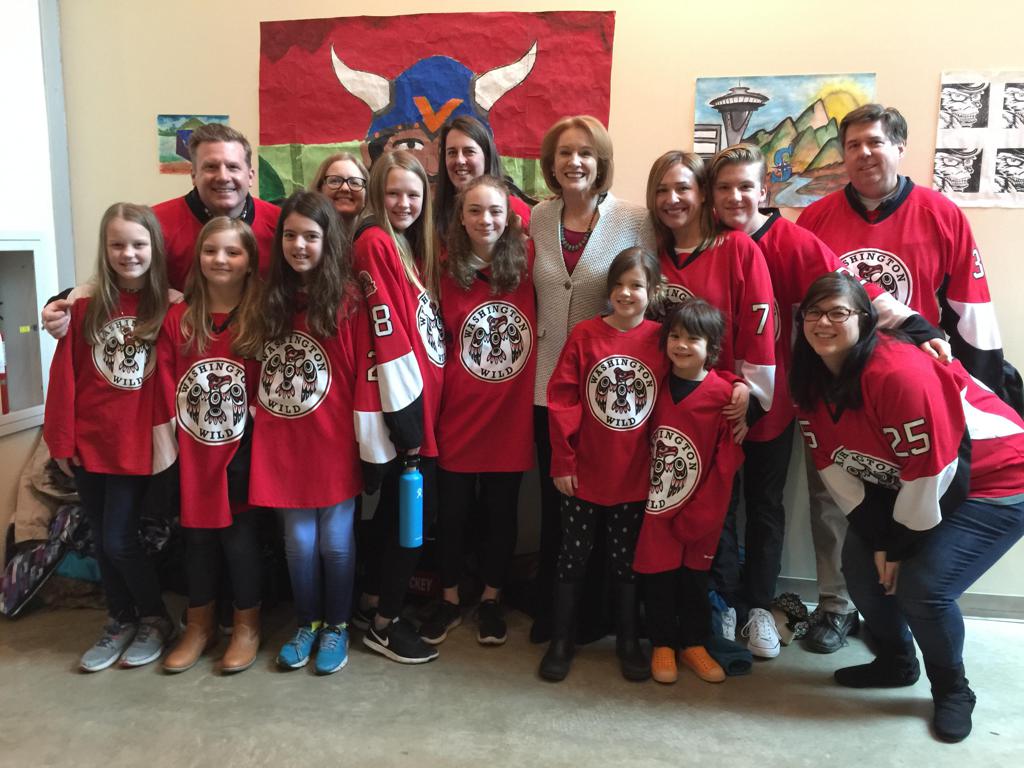 Six Washington Wild players and their families attended the event. While they all enjoyed an inspirational and motivating speech from a Mayor who is a big advocate for women and minorities, the WWFHA Family witnessed the official announcement of the Seattle NHL team season ticket drive starting on March 1st – which the Mayor announced with passion and cheers from the crowd.

The Oakview Group (OVG), in partnership with the City of Seattle, will accept deposits for NHL season tickets starting March 1st at 10:00am via their website. Ticket sales serve as a marker for NHL executives to determine if there are enough fans in the area to support an NHL team. Good sales numbers will drive approval of the application by the new ownership group.

Mayor Durkan repeatedly mentioned WWFHA in recent weeks as an organization of note that empowers girls through sport, and because of WWFHA’s efforts to bring an NHL team to Seattle in hopes of growing the game in WA State for all.

WWFHA at Seattle Mayor's State of the City Address